Once a lion lay fast asleep in the Ranthambore forest of Rajasthan. Some mice were playing hide and seek near him. One mouse got trapped under the lion's paw. The lion woke up, laughed loudly and let the mouse go!
After some days the mouse heard the lion's roar. He saw that the lion lay in great pain as he was tied with many rupees. The mouse used his sharp teeth and cut the rope.Thus it escaped.

"You are a true friend," said the lion.

There after, the mouse and the lion became friends. They lived happily in the forest afterwards.

Once there were two friend lived near the forest village. They were fast friends. They promise to each other if any difficult time will come they will help each other and never leave alone. One day they were going city to bring some house use products.
When they were passing through forest they saw a bear coming toward him. One friend knows how to climb the tree so he suddenly climbed up the tree and leave the other friend alone. Now his friend alone and no one there who can save him from bear.
He heared, the bear does not eat dead body. He lay down on the ground and did the act like he is dead. When bear came to near him and smell him to his ear and went in the forest to leave there as consider dead.
When bear gone his friend ask him what bear said to his ear. He
answer his friend the bear said, do not trust a false and selfish friend.

------------
3rd century BC. Quintus Ennius wrote: 'Amicus certus in re incerta cernitur'. This translates from the Latin as 'a sure friend is known when in difficulty'. 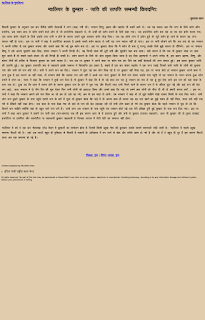